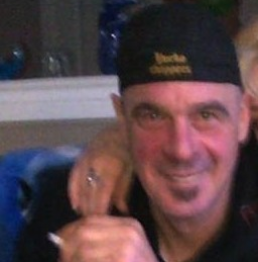 TOWNS, Robert James, suddenly on August 2, 2022 at his residence. Longtime Ironworker Local 721. Predeceased by his parents, George Junior Towns and Carrol Elizabeth Towns (nee Barnewall). He leaves behind his girlfriend Kelli, his daughter Ashley (Mike) and his grandchildren Nash, Kalici, Draco and Jarreth. Also left behind is his son Russ and his brother Darrin (Deb) and his nieces Amanda and Grace. In the U.S he leaves behind Uncle Ken (Aunt Krista), Bryan and Alexandra. He also leaves behind Aunt Barb, Luanne and Ginny and many,many cousins, aunts, uncles and family in the Windsor/Essex area which, unfortunately are too numerous to mention.

All rights reserved. This obituary is also archived at obittree.com